Since 1879, East Sussex orchid nursery McBean’s has bred hybrids of some of the oldest varieties of this show-stopping plant, which are the subject of a new series of portraits by photographer Kate Friend. “When I got the film back from processing and began looking at the orchid images, the world was in the beginnings of lockdown,” she says of the photographs, which were due to be shown at the now-cancelled Royal Horticultural Society’s Spring Launch. “The lone orchid image started to feel metaphoric, like a mascot of this time.”

Friend began creating “botanical portraits” as a way to learn about flowers, but along the way became interested in what they can tell us about English identity. “When the head gardener at Chelsea Physic Garden asked me what kind of plants I was looking to photograph, I said ‘English ones’,” Friend explains. “She told me that for indigenous English plants I would need to be looking at pre-ice age weeds. Most of what we think of as English flowers are in fact imports – the result of centuries of colonisation and hybridisation.” Find more katefriend.com 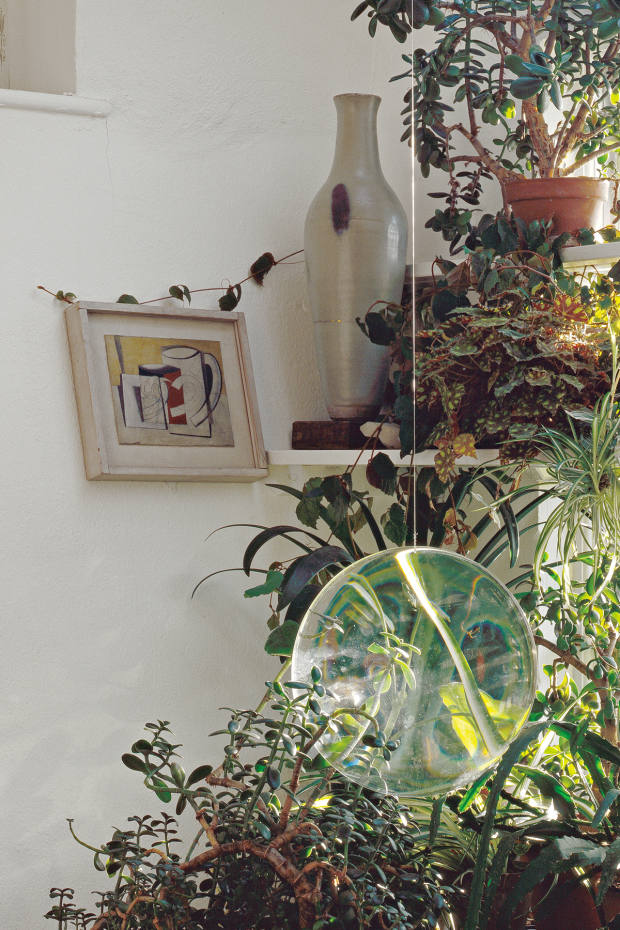 Every eight seconds between the hours of 5.30am and 8.30pm, a webcam on the upper floor of Cambridge museum Kettle’s Yard takes a still image of a window surrounded by plants and artworks. The small conservatory was created in 1957 by Jim Ede – the original owner of the house and a curator at London’s Tate gallery. He filled the space with plants, glass fishing floats, pebbles and shells, as well as artworks, including Gregorio Vardanega’s Perspex Disc, which refracts light as it rotates; a stoneware vase by William Staite Murray; and a still-life by Ben Nicholson, titled 1944 (Mugs).

The webcam was installed to allow people to enjoy the gallery from their homes. “The play of natural light and the many plants in the house mean that the space is ever changing and alive,” says museum director Andrew Nairne. kettlesyard.co.uk Using scissors, scalpels, paintbrushes, recycled paper and wire, artist Kate Kato creates intricate, lifesize sculptures of plants, flowers, insects and eggs. Working from objects she has collected, or sketched from scientific illustrations or museum collections, she calls her practice Kasasagi – which means “magpie” in Japanese. “I view my work as a 3D record of my discoveries and experiences of the natural world,” she says. “I want the sculptures to look real and not real at the same time, inviting people to look closer.” kasasagidesign.com

Article reposted from FT | How to Spend it