Bananas, coffee, pineapple, lotus, stinging nettles and hemp - what sounds like the ingredients on an exotic shopping list are actually all natural resources that can be turned into sustainable textiles. 'How' will be explained below; 'why' should be obvious: In view of dwindling resources, especially through resource-intensive natural fibres like cotton and the environmental impact of petroleum-based fibres like acrylic, polyester, nylon and spandex, it is about time for the textile and apparel industry to look for sustainable alternatives and to prove that the production of textiles and clothing does not have to pollute the environment. On the contrary. FashionUnited has found six interesting alternatives.

One of the most versatile natural fibers can be obtained from hemp, which are antibacterial, durable and resilient, and work as a natural air-conditioning system. In addition, hemp is a fast-growing plant that consumes very little water and does not require herbicides, pesticides, synthetic fertilizers or GMO seeds. 'What's not to love?' one could ask, and also why this super plant has not already become the standard in textile processing. 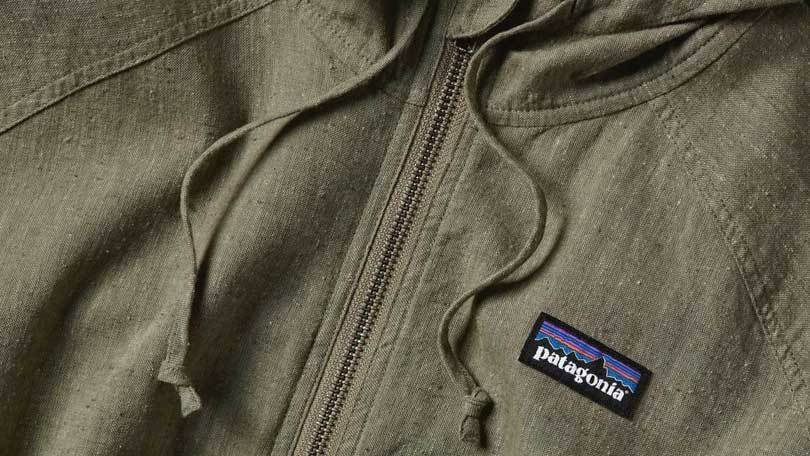 The reason is the connection of the Cannabis Sativa plant with recreational drugs. Even though the only high that the production and use of industrial hemp generates is the knowledge of doing something for the environment, cultivation has been severely hampered, especially in the western world. The situation is different in China, where the industrial use of the cannabis plant was never prohibited. Thus, China currently accounts for more than 50 percent of the global hemp production and holds more than half of the more than 600 international patents on hemp fibers and textile production. This needs to change.

The common stinging nettle, Urtica dioica, is a widely used plant that is easy to grow. For the production of the fibers, the nettles are harvested in the summer and the stalks dried well. This removes the sting. After drying, the stalks are broken to separate the woody parts. Then, the plant is hackled to separate the fibers and to remove the leaf attachments. After that, the fibers are spun wet and then dried. Twisting them increases tear resistance. 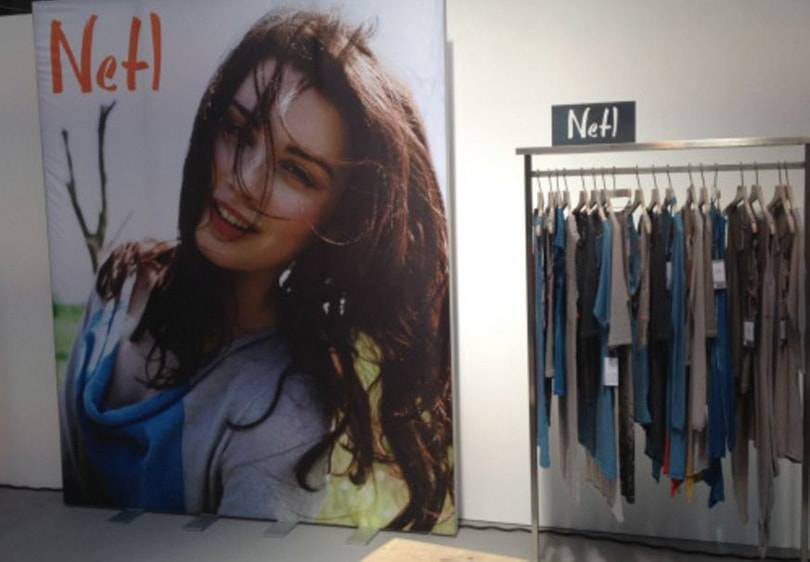 Similar to hemp fibres, stinging nettle fibres are versatile, keep the wearer warm in winter and cool in summer, and can be grown with far less water and pesticides than cotton. Thanks to new spinning techniques and hybrid plant species, nettle plants with super high fiber content are obtained, which are strong and flexible and have a good spinning length. Unlike hemp, there is no legal problem with the cultivation of nettles, which has made the plant a viable and legal market fruit.

Most coffee drinkers simply throw away coffee ground after making their coffee. But it is an important raw material that can be used to make coffee ground fibres. Taiwanese textile company Singtex’s technology combines the post-patented processed coffee ground with polymer to create master batches before spinning it into yarn. The resulting coffee yarn is multi-functional and can be used in a variety of products, from outdoor and sports performance wear to household items used every day. 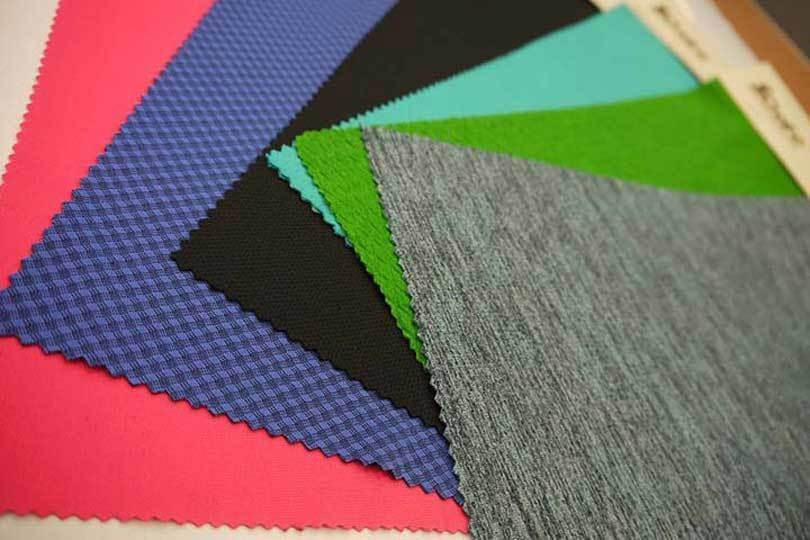 Fabrics made out of coffee ground fibres like S.Café by Singtex shown here offer excellent natural anti-odour qualities, in addition to UV ray protection and a quick drying time. The coffee grounds used to create the yarn are taken and recycled from some of the world’s largest coffee vendors, like Starbucks. In this way, the company gives a second life to coffee grounds which would have otherwise ended up in the trash. As we have seen, coffee ground fibres have many advantages. Now, the challenge remains in taking the fibre global and ensuring more apparel brands incorporate it into their collections in lieu of conventional fabrics and that it extends its reach to outside of the fashion industry.

Although the idea may sound unbelievable, there is a vegan alternative to leather, which is made from pineapple leaves. London-based Ananas Anam has developed a natural and non-woven textile out of pineapple leaves, known as Piñatex which is remarkably similar to leather. The revolutionäre pineapple fabric is made from pineapple leaf fibres, a by-product from the pineapple harvest in the Philippines. During a process called decortication, the fibres are extracted from the leaves. The fibres then undergo an industrial process to become a nonwoven textile, which is the base of Piñatex. A by-product derived from the manufacturing process is biomass, which is converted into organic fertilizer or bio-gas and used by the farming communities, thereby closing the loop of the material's production. 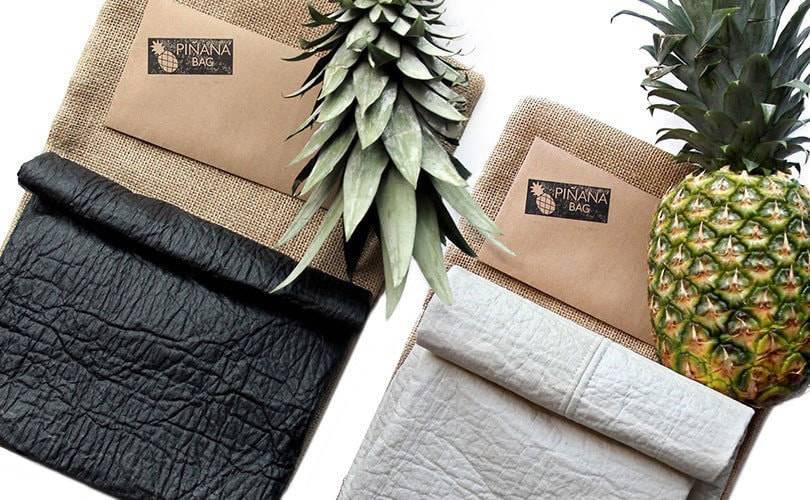 Piñatex is the result of years of work and the search for an alternative to leather; a new type of natural tissue, which is 100 percent vegan and sustainable. In addition, it is also a strong, yet versatile, breathable, soft and flexible, material which can be easily printed on, stitched and cut, making it suitable for a number of fashion products. It has also won a number of awards. The next big step is to popularise Piñatex further and to continue developing and stabilizing its supply chain to meet the growing demand for its pineapple leaf, in a way that does not compromise its mission and fundamental values concerning environmental, ethical, social and economic sustainability.

Banana fibre is one of the world’s strongest natural fibres. It is made from the stem of the banana tree and is incredibly durable and biodegradable. The fibre consists of thick-walled cell tissue, bonded together by natural gums and is mainly composed of cellulose, hemicelluloses and lignin. Banana fibre is similar to natural bamboo fibre, but its spin ability, fineness and tensile strength are said to be better. Banana fibre can be used to make a number of different textiles with different weights and thicknesses, based on what part of the banana stem the fibre was extracted from. 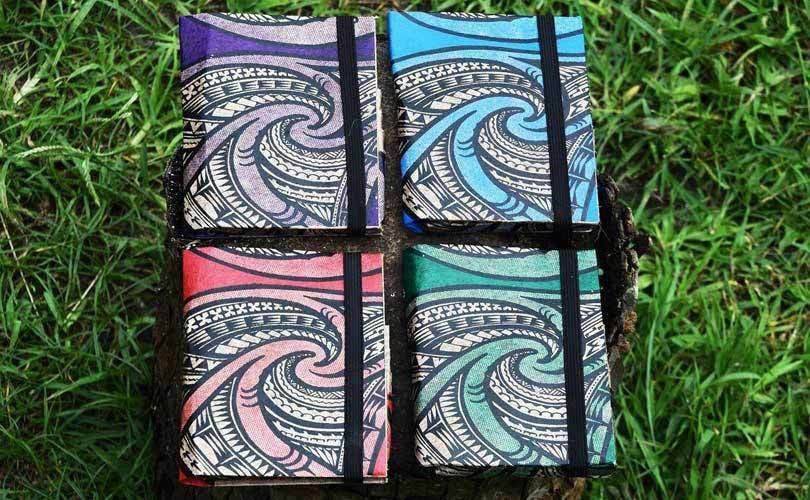 Similar to coffee ground fibres and pineapple leaves, the material cycle is closed when producing banana fibres as they are made from waster products: from recycled banana stems, which the farmers would throw away otherwise. Banana fibres can be used to make ropes, mats, woven fabrics as well as handmade papers. Green Banana Paper, a company based on the island of Kosrae in Micronesia, is using banana fibre to make vegan wallets, purses, beads and paper. However, extracting the banana fibre from the banana stems is not an easy, or simple, process but a labourintensive one. Banana yarn or cloth is made by boiling strips of the sheath in an alkaline solution to soften and separate them. Once this is done, the fibres are joined together to create long threads which are then spun wet, in order to prevent them from breaking. Afterwards, the threads can be dyed or weaved.

Using lotus fabrics and textiles may sound exotic to western ears, but in countries like Thailand and Myanmar, for example, lotus fibers have been used for special garments for centuries. Not surprisingly because the manufacturing process produces a luxurious fabric that feels like a mixture of silk and raw linen that is also stain-resistant, light weight, soft, silky and extremely breathable. 'What's not to love?' one may ask again. In this case, it is the complicated and lengthy manufacturing process that is the biggest hurdle when using lotus stems. 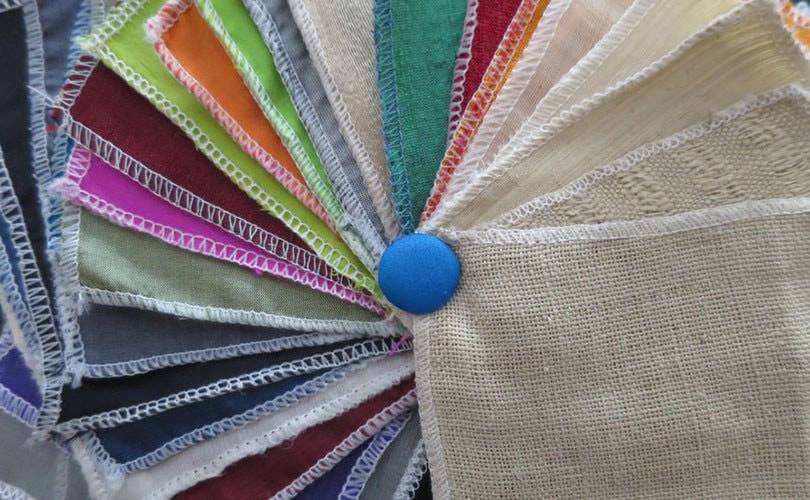 After harvesting the lotus stems, they are cut open at the end to extract the long, thin fibers. This must be done within three days of harvesting to achieve optimal results. The fibres thus obtained are washed and hung to dry before hand-woven on traditional looms. The quality of the lotus fabric is so superior that there have been attempts at commercial use; Jaipur-based Hero's Fashion Pvt Ltd from India, for example, has already found many followers with its white NoMark Lotus shirt.

It remains to be seen how commercially viable and suitable for large scale production each of the six sustainable fibres - hemp, nettles, coffee, pineapples, banana and lotus - portrayed here is. Specifically hemp, nettles and coffee have huge potential for the mass market, whereas fabrics made out of lotus stems and pineapple should be interesting for the luxury market.